In Part XII, world events spiraled out of control and the Stones made a remarkable comeback.

By 1969, Mick Jagger and Keith Richards were eager to get the Rolling Stones back on the road. The music boom that had begun with Beatlemania showed no signs of stopping, and rock concerts were becoming very big business. A savvy new breed of promoters, epitomized by San Francisco’s Bill Graham, realized just how much money there was to be made, and began offering unprecedented paydays to popular acts.

With Beggars Banquet topping the charts and Allen Klein demanding a premium price, the Stones were getting the biggest offers of all. Only one man stood in their way. Oddly enough, his name was Brian Jones.

A chill had settled over swingin’ London, and few had felt its effects more deeply than Jones. For years, Scotland Yard had shown little interest in celebrity drug busts. But following the appointment of Norman “Knobby” Pilcher to the force’s drug squad, the police appeared to have become obsessed with them. Donovan, Eric Clapton, John Lennon and George Harrison were among Pilcher’s pinches.

Soon, Detective Sgt. Pilcher was a celebrity in his own right. Hardly surprising, since the tabloid press just happened to be in the vicinity whenever Knobby carried out his “undercover” operations. Pilcher always got his star, and the papers always got their stories. But many of those arrested by  Sgt. Pilcher’s front-page press club band claimed that the drugs had actually arrived with the publicity-hungry detective. It wasn’t long before the old schoolers who ran Scotland Yard began to suspect the stars were telling the truth.

Clearly, Norman Pilcher was a man who enjoyed shooting fish in a barrel. In that spirit, the fast-rising detective had made sure that Brian Jones topped his squad’s hit parade. Near-constant police surveillance took Jones’ paranoia to new, out-of-control levels.  Jones was arrested twice for drug possession, but managed to avoid jail time. However, his convictions made his chances of getting the work visas required for international tours dismally low.

Six years earlier, Brian Jones had been the talented, driven, controlling leader of the Rolling Stones. His transformation  into a harried, hapless addict teetering on the edge of complete physical and psychological collapse was a truly grotesque turn of events. Visa issues aside, the idea of Jones surviving a rigorous rock tour was absurd. 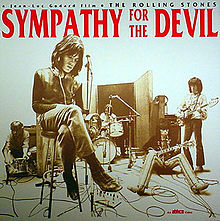 Given the fallout of their own drug bust, Mick Jagger and Keith Richards had been supportive of Brian Jones. But as tour offers mounted and Jones declined, their attitude grew cold. Jagger even referred to Jones as “a wooden leg” during a newspaper interview. Unbeknownst to Jones, the band began recording with Mick Taylor, a masterful young guitarist who had cut his teeth with John Mayall’s Bluesbreakers.

As the Stones worked on the follow-up to Banquet, manager Allen Klein confirmed an American tour, and the U.S. government refused to issue a work visa for Brian Jones. On June 8, 1969, Jagger, Richards and Charlie Watts arrived at Jones’ recently purchased home, a country manor once owned by Winnie the Pooh author A.A. Milne (!). Their meeting with Brian was brief and tense. When it was over, Brian Jones was no longer a Rolling Stone.

Though Jones was fired, the public was told his parting was an amicable one. Brian was leaving to pursue his own musical projects. Mick Taylor would make his public debut as a Rolling Stone at a free concert in Hyde Park on July 5, 1969.

Less than a month after being booted out of the band he started, Brian Jones was found floating at the bottom of his swimming pool. His girlfriend believed that Jones was still alive when he was pulled from the water, but an ambulance crew pronounced him dead at the scene. He was twenty-seven.

Only Watts and Wyman attended Jones’ funeral, but the Stones turned the concert in Hyde Park into a memorial for their former leader. Hyde Park was the band’s first public performance in over two years. The massive audience, estimated in excess of 250,000 people, was enthusiastic and well behaved. While the band and the critics felt the show was not one of the Stones’ best, the event was enshrined in boomer lore as a historic success.

ker tales were becoming generational staples as well. Rumors that Brian Jones was murdered spread rapidly. Most claimed that the construction crew working on Jones’ house killed the guitarist during an argument over money. Some said that the crew’s foreman accidently drowned Jones when a bit of drunken horseplay got too rough. A particularly juicy story claimed that Brian Jones was the victim of a satanic sacrifice.

Hey, man, the Stones put out an album called Their Satanic Majesties Request,didn’t they? And their next album opened with a song called “Sympathy for the Devil,” didn’t it? And Mick Jagger sang the role of Satan with, like, fiendish delight, didn’t he? C’mon, man, those dudes made a deal with the dark one, became huge stars, and paid off Beelzebub with Brian’s soul!

Riiiiight. Did I mention that Janis Joplin is the groovy grandma owner of a tie-dye store in Arkansas? That Elvis, Jim Morrison and Mama Cass meet for breakfast every Sunday at a donut shop in Walla Walla? And that Jimi Hendrix stays busy giving guitar lessons on Mars? (Having listened to Electric Ladyland recently, I think that last one might actually be true.)

One thing is certain. In 1973, an English court convicted Detective Norman Pilcher of perjury and perversion of justice. Having suspected “Knobby” of illegal shenanigans for years, his superiors couldn’t ignore obvious proof that Pilcher had planted evidence during an investigation and lied under oath. He received a four-year prison sentence.

The exact nature of Brian Jones’ final moments will never be known. Despite some intriguing loose ends, two investigations failed to turn up solid evidence of criminality. An autopsy revealed that Jones’ heart and liver were grossly enlarged due to years of drug and alcohol abuse. It also established

that Jones was full of wine and downers—a lethal combination on dry land, let alone in a heated pool.

The fact that Brian Jones met his fate on a property previously owned by the man who created Winnie the Pooh seems incongruous. But it’s sadly fitting. Like Milne’s silly old bear, Brian Jones got his head stuck in the honey jar. But unlike Pooh, Jones proved incapable of escaping his self-inflicted predicament, and it cost him everything.