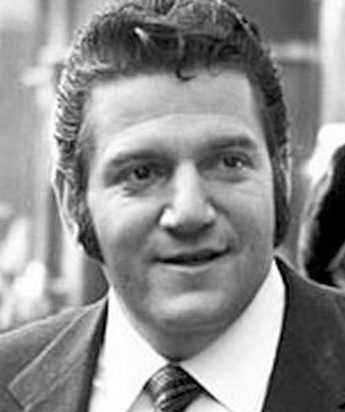 Allen Klein was born in Newark, New Jersey in 1931.  Though he grew up an ocean away from London, his childhood took on a disturbingly Dickensian cast. Klein’s mother died when he was a baby. His maternal grandmother raised Allen for three years, until the fateful day that Klein’s father sent the boy to join his two sisters in the Hebrew Orphanage and Sheltering Home. Allen heard nothing from his father for six years, until the fateful day his dad returned with a new wife and retrieved him. Klein’s father never really explained why he had treated his children so coldly.

Young Allen possessed a remarkable knack for numbers, and eventually worked his way through Upsala College as an accounting major. His first accounting job was with a firm that handled The Harry Fox Agency, which collects mechanical (primarily disc sale) royalties for music publishers and songwriters in the U.S. Working on the Harry Fox account proved to be a crash course in the Byzantine complexities of entertainment accounting.  Klein quickly spotted the many ways that companies could hide profits and slow down payments to publishers, songwriters and artists—or avoid paying them at all.

Klein opened his own firm and began approaching recording artists. His pitch was simple. He would conduct an audit of the artist’s record company. The audit was free. If he discovered the record company owed the artist money, he took 20% off the top. Of course, even the dimmest entertainer knows that 80% of something beats 100% of nothing.

Allen Klein had incredible focus, impressive math skills, fierce determination and an eye for detail. More importantly, he had nerves of steel. The first record company Klein audited was Roulette Records, owned by the infamous Morris Levy. Levy had a well-earned reputation as one of the most mobbed-up men in show business. In 1957, Variety  labeled Levy “The Octopus”—a show biz player whose tentacles sprang from the

depths of New York’s notorious Genovese mob family and crept into almost every aspect of the entertainment world. Roulette Records functioned as a record company while serving as a mob bank, scam, social club and money laundering operation. Men who challenged Morris Levy on business matters tended to suffer brutal beatings, get dangled out of windows or simply disappear.

Undaunted, Klein conducted his audit and handed Levy a sizable bill. When Levy refused to pay up, Klein negotiated a lower amount and a payment plan. Given Roulette’s habit of stiffing artists even when they had huge hits, Klein’s success was as remarkable as his nerve. His firm grew quickly.

Klein realized that copyrights, master recordings and film negatives were the true keys to the entertainment kingdom. If an artist or a small company held onto those, corporate show biz behemoths could be reduced to the role of distributors. Klein headed for Hollywood. He set up an independent film production company in the former offices of Hecht, Hill and Lancaster. That would prove to be a strange coincidence. HH&L was Burt Lancaster’s production company. The same company that produced Rolling Stones’ manager Andrew Loog Oldham’s favorite movie, “Sweet Smell of Success.”

Klein produced a film, but none of the studios would distribute the movie, which lacked big names. Klein learned a vital lesson: If he expected his dream business model to succeed, he had to align himself with the stars.

He found one in Sam Cooke. The movie-star-handsome Cooke was an incredible singer, a talented songwriter and a hardworking producer. He was also an innovative entrepreneur. Cooke recorded for RCA but still ran SAR Records, the record company he founded in 1961. It was one of the few

Cooke had grown frustrated with RCA, and suspected the company owed him some serious dough.  A Klein audit proved him right. Using the monies owed as leverage, Klein renegotiated Cooke’s contract with RCA and got him one of the best deals, perhaps the best deal, in the industry. RCA wrote Sam a big check, and Sam made Allen Klein his manager. Klein set up a new, Klein-controlled company and began shifting various copyrights and master recordings to the company, creating significant tax savings for Cooke. The future looked bright for all involved.

Meanwhile, the new President of RCA had been so impressed by Allen Klein’s skills that he hired Klein for a secret mission to London. Klein met with Beatles’ manager Brian Epstein and presented an offer that would have paid the Beatles a 10% royalty rate and a two million dollar bonus to move to RCA when their EMI/Capitol contract expired. Obsessed with behaving like a true English gentleman, Epstein turned Klein and RCA down flat. After all, a “yes” would have been disloyal to EMI. Epstein’s attitude must have appalled Klein. No doubt the feeling was mutual.

Klein took advantage of his London trip to make contacts with other key players in the British music boom. He even signed up The Dave Clark Five for a record company audit. Given that the band had become the Beatles’ fiercest chart rivals, it was quite a coup.

Back in the States, thirty-three-year-old Sam Cooke was on a roll. Allen Klein returned to the U.S. in time to push through the deal for Cooke’s triumphant return to the Copacabana that July. But their hot streak ended tragically, when Sam Cooke was shot to death under mysterious circumstances at a cheap L.A. motel in the early morning hours of December 11, 1964.

The man who needed stars had lost one of the biggest and brightest ever. His focus soon turned to the English music scene, which was creating new ones with astonishing speed.